Amsterdam, July 2014: A little while back we had TEDx partner meeting at Amsterdam Science Park –home to the University of Amsterdam and a hub for innovation and groundbreaking research, but mostly an especially beautiful part of the city that’s still undiscovered by a bigger audience. After the meeting, I went to buy fries at one of the two food-carts that was still open at 9pm.

The man behind the counter got ready to close after he gave me the order and we chatted while he was packing up to leave. When I sat down on the ground, he mentioned little ducks would come out any second now, as they did every evening when it got quiet.

He was from Istanbul but had been in The Netherlands for over twenty years. Before I could even respond, he said: “I always worked. I was never on any welfare.” I chose not to address the remark but ask more about his previous jobs and when he became an entrepreneur. He had been a cleaner for years, but got the opportunity to take over this cart and really liked it – the freedom, opening and closing when he wanted, being his own boss in general. Plus the students were kind. When I asked what had been to reason for his departure from Turkey, he explained how he had met a Dutch woman and had fallen in love. Then added: “I really.. have a nice wife.”

I love it when people are so visibly happy in their relationships. Especially when the look on their face turns into a gaze while thinking of their partners. As he continued to pack up the rest of his things, the ducks indeed came out – six of them. I watched, leaning against the cart as they tripped around the area. The man got into his car.

While I indulged in the fries, the ducks picked up the leftovers and he drove passed, I thought to raise my hand. He opened the window and gave the waiting-to-receive-look.
“Hey, will you do something?” I asked.
“What?”
“When you get home, can you tell your wife how great you think she is?”
He smiled, half in surprise, half already in agreement. “Ok… I will. Yes I will do that.”
“Great.”
“Good evening.”
“Yes, good evening.” 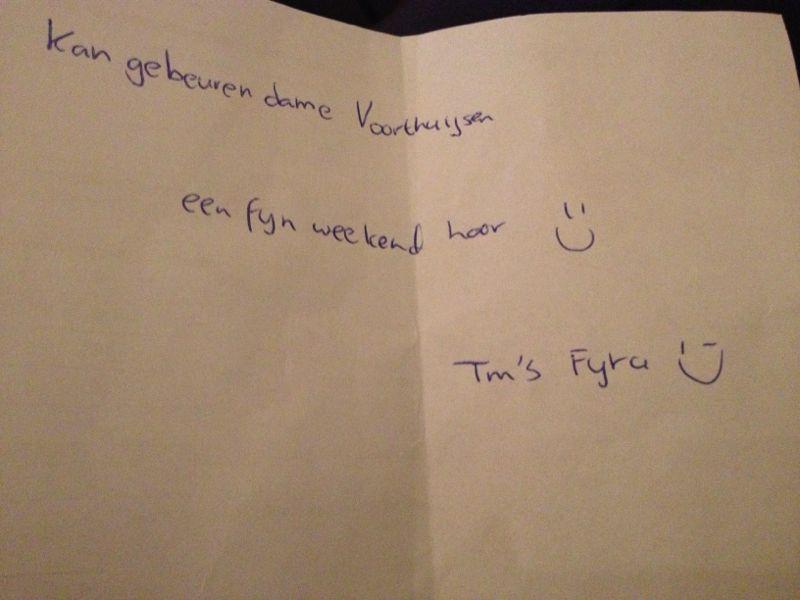