A contribution about kindness from Sydney, Australia.
Written by: Jordan Valinsky / Found on mic.com

In the aftermath of the hostage crisis in downtown Sydney, Australians are showing the world they’re not caving to racism or Islamophobia.

On Monday, an armed gunman stormed a cafe in Martin Place, entering a tense standoff with police. After the hostage-taker displayed an Islamic flag in the cafe’s window, many of Australia’s Muslims are understandably anxious about facing retribution.

But instead, Australians have banded together on Twitter with #IllRideWithYou, a hashtag showing their solidarity with fellow countrymen scared of being attacked on public transportation.

The hashtag started simply, with an act of compassion. Tessa Kum, a writer living in Sydney, told Guardian Australia she acted after seeing a tweet from TV reporter Michael James: 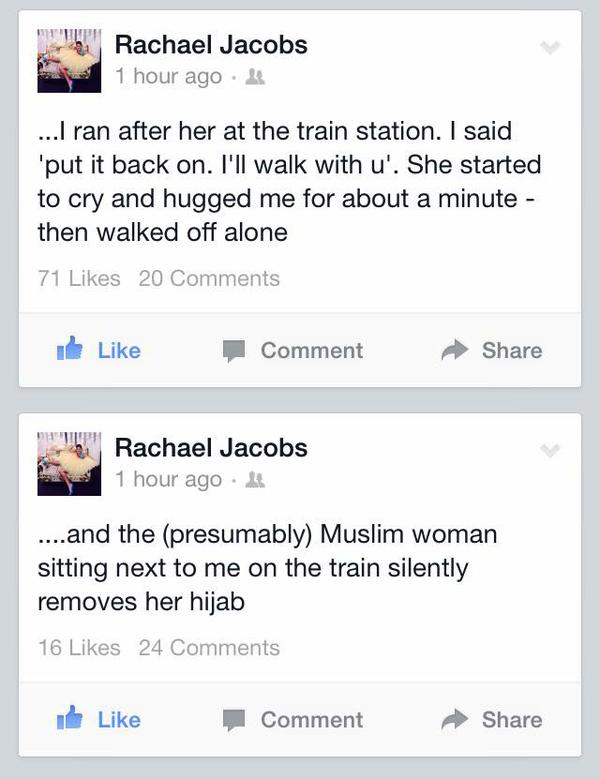 The campaign snowballed from there. Topsy, a social media analytics website, measured more than150,000 tweets with the hashtag in just 12 hours: Why it matters. This hashtag movement is powerful sign that Australians won’t get worked up into a Islamophobic rage because of the actions of a single madman. It’s also a lesson for countries like the U.S., where hate crimes against Muslims spike whenever there’s a criminal or terrorist incident involving Muslims, or even when something innocuous happens like debating the placement of a mosque in New York City which wasn’t even a mosque. Australian social media users are showing Muslims they’re safe in their home and shouldn’t fear retaliation for an incident they’re not linked to.

If your faith in humanity hasn’t been restored yet, perhaps these tweets will help. 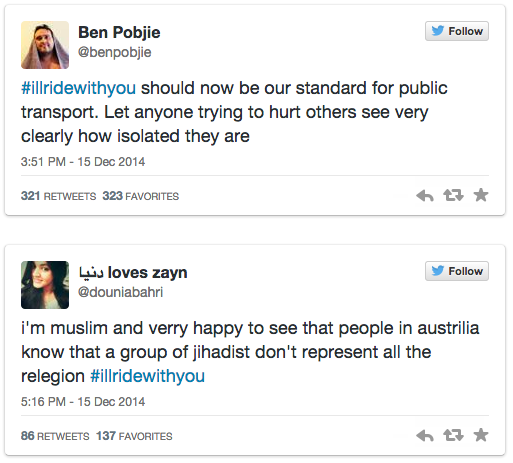 As the crisis unfolds, Australia continues to set an example for the United States, and the rest of the world, by refusing to let xenophobia rule the day. Good on ya, Australia.

Update: Dec. 17, 2014
This article has been updated to clarify a reference to Park51, a community center proposed by Muslim developers intended to promote interfaith dialogue and which would have included prayer space.
#peoplearekind 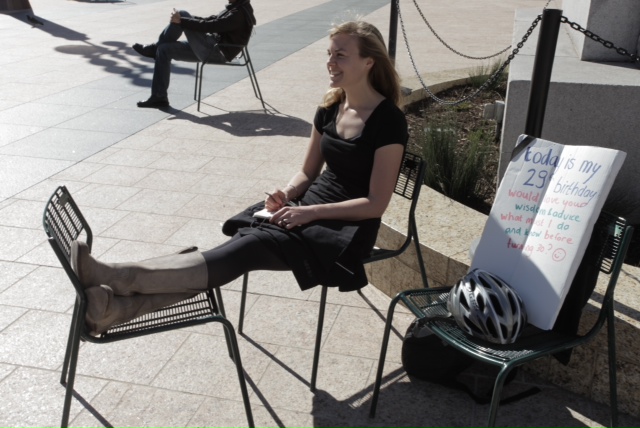 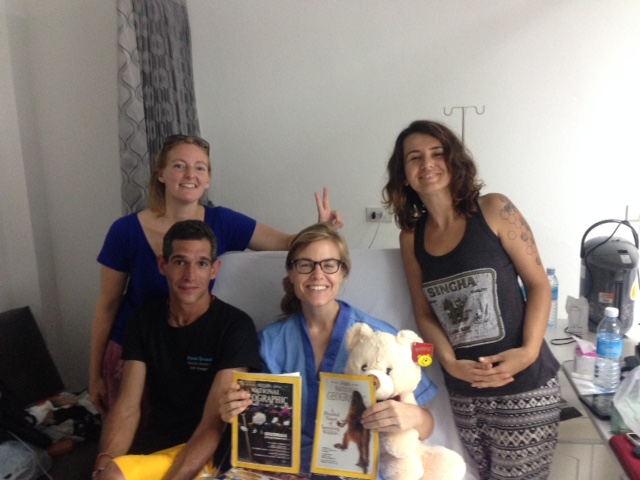