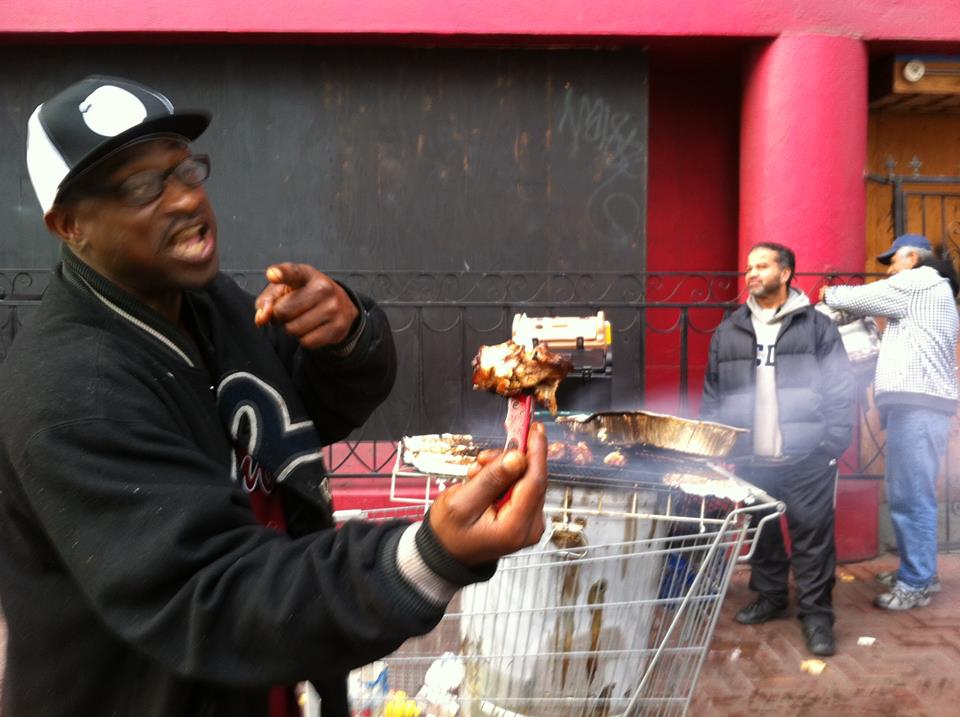 San Francisco, November 2013: Experiences of one week in a city that’s become so dear to me.

Perhaps now is a good time to tell I’m leaving it soon – early December that is. Dopper works, but not well enough and California proves to be too expensive. There’s about a hundred things to say about it but unfortunately it won’t change the situation. Luckily “you don’t know what you’ve got ‘till it’s gone” doesn’t apply here -at all- although perhaps “and you know even better what you’ve got when it’s almost gone” does play a role.. The whole of my last week was so typically San Francisco.

Left the office last Friday to sit in La Boulange in Hayes Street with a friend, discussing the spiritual ceremony I had gone through the weekend before. With her new perspective on the things that happened to me still on my mind, I walked to Murphy’s on Kearny Street, where Dutch people in the Bay Area gather every 2nd Friday of the month to connect and chat in the mother tongue. It was late and I could only stay a while, for there was a friend’s concert to attend a little while after. Decided to get food at Bangkok Noodle, possibly the best Thai restaurant in SF with a line of at least half an hour every evening – but if you call ahead and order a to-go meal, it takes only a few minutes. I spent the waiting time outside, in the midst of tourists and people getting ready for their weekend.

Sat down and leaned against one of the hundred Starbuck’s all across downtown, while a young guy in front of me played the most beautiful songs on a saxophone. Conversation in the bar had been about investment rounds and possibly being a millionaire sometime soon; in front of me now was a homeless man in one of those automated wheelchairs putting all of his effort into peeling a dime off the ground, obstructing the flow of pedestrians until he was successful. The paradoxes in this place are endless.

Enjoyed the sight and music of the saxophonist so much I wanted to take his picture, but had left my phone at work. A black lady with white curly hair that stood next to me was willing to do it for me and pass it on via email later. While she did, two men with red hats that read SAN FRANCISCO were oohing and aahing over a little baby sitting in a chair that was hung to the Starbucks bar. His parents told me it was a ‘lobster chair’ [other parents reading this: get one, completely awesome]. On the way back to pick up my food I passed a guy in a monkey suit and silver mask playing classical music on an electric guitar. It was impossible not to smile.

Headed back to the office, where the same people as always, were working late. The evening ended with a concert of my friend Bisi on 9th and Folsom, in a creative space he and other artists have created for themselves over the last few years. Sat on the floor to watch him sing and really enjoyed the performance, but was even more happy because of the type of friends that had gathered in one room; cheering, dancing, singing along. Literally ‘supportive’. It was heart-warming. On the way home, a homeless guy happily indulged in the chocolate I had collected at the office and offered to him instead of change. All in all a great evening.

Today wasn’t even a particularly good day. Until I strolled back to my office through the Tenderloin neighbourhood and smelled the deliciousness of roasted chicken. Unable to tell at first where from, it became clear two seconds later in passing the guy walking in front of me. This man was wandering down Market Street while barbecuing meat on a grill that he had put on top of a garbage bin, which was tucked in a shopping trolley. It was so funny I asked him if I could take his picture – before I knew it, he was in front of me with a knife offering a piece of chicken he was cooking up. When I declined because I don’t eat meat, he raised his arms and gave it to the next guy that came along. “Eat it! Eat it and tell her how good it is!”

Oh my.. I mean: where else?
Endless amazement.

San Francisco I love you SO much. #peoplearekind 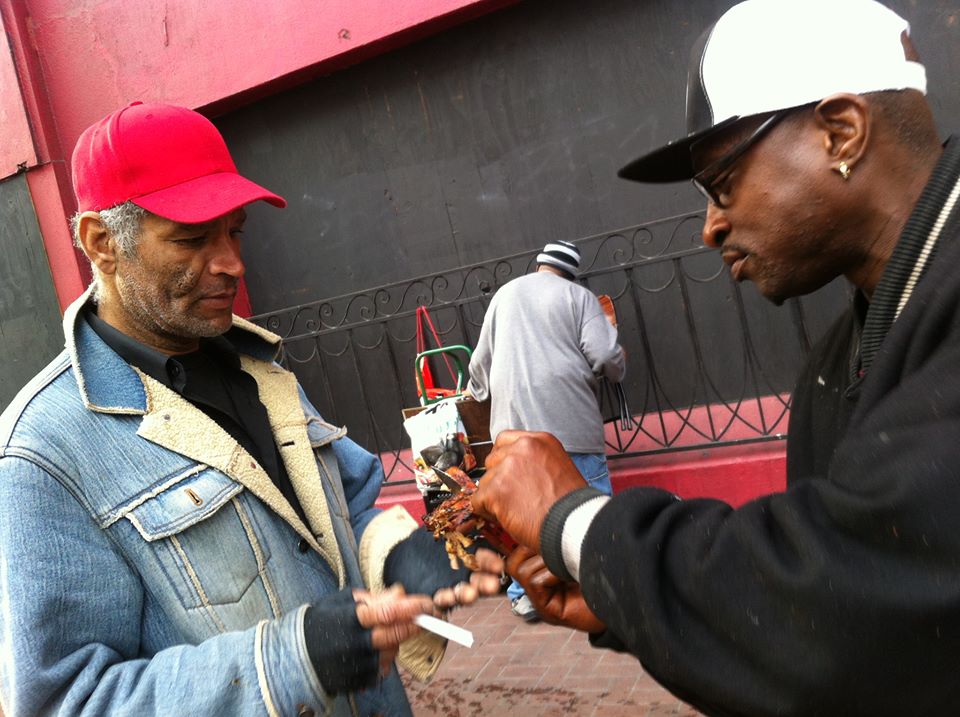 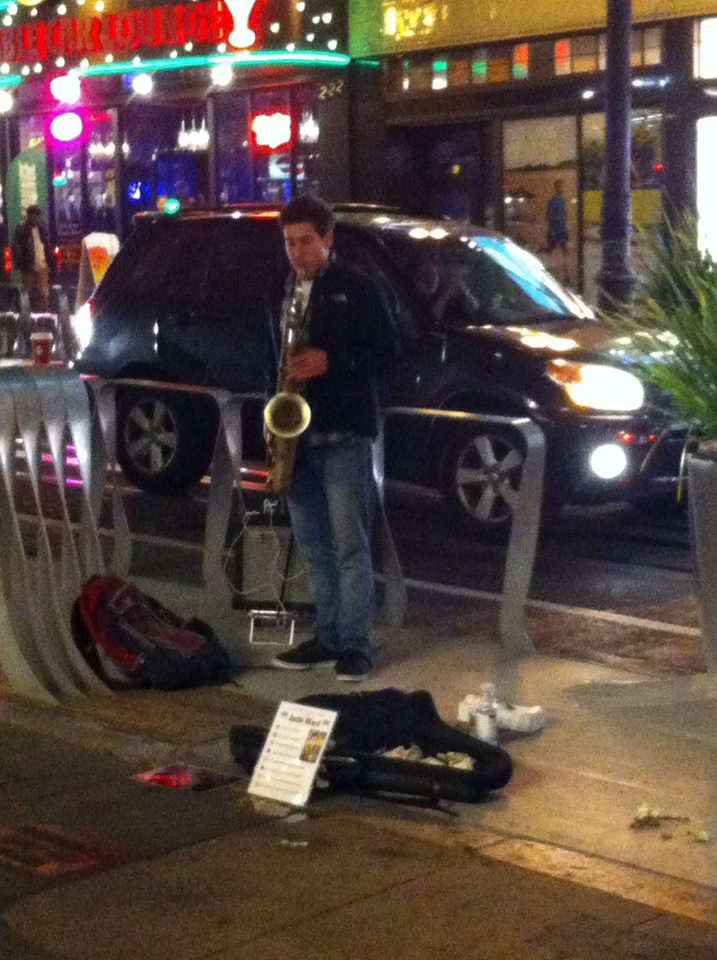